Teaching the Basics of Personal Finance 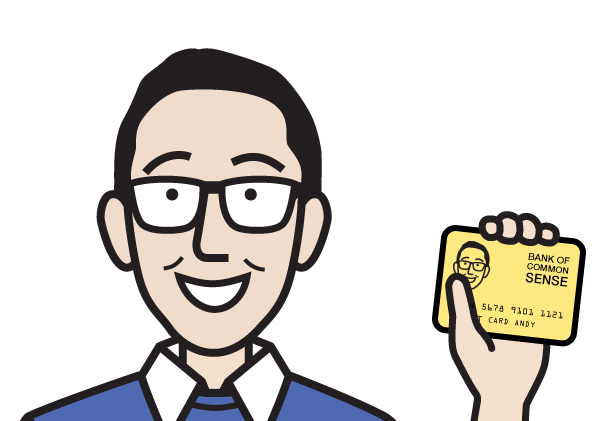 In the spirit of the Olympic Games, I thought it’d be cool to show you guys what the _3 most prestigious credit cards in the world _look like. If Usain Bolt inspires you to go on a run, then maybe these cards will inspire you to build strong credit. Well technically you also need a ton of money, but one can dream.

Anyway, on to the medal ceremony

The infamous “Black Card” is probably the most well-known high-end card. It actually started as a rumor in the ‘80s, but AMEX capitalized on the buzz and made it a reality in 1999.

It’s black and made of titanium. To get invited, you have to spend at least $250,000 annually on one of American Express’s cards. There’s an initiation fee of $5,000 and an annual fee of $2,500. I guess if you’re spending over $250K a year a few thousand dollars don’t really matter. Estimates show that there may be over 100,000 Centurion card holders.

Features are pretty similar to that of the American Express Platinum. You get all of the Platinum features (think personal concierge service, upgrades on travel, airport lounges) but much better upgrades on the car rentals, flights, and hotels. You get a little more insurance on coverage and the occasional gift (like concert tickets or gift card). Is it worth the $5K initiation fee and $2.5K annual fee? Probably not, considering the AMEX Platinum’s annual fee is only $450 in comparison.

Consensus among longtime Centurion card holders is that AMEX has slowly been downgrading and eliminating the perks. You’re paying for the “ooh”s and “ahh”s you get when you flash the recognizable Black. 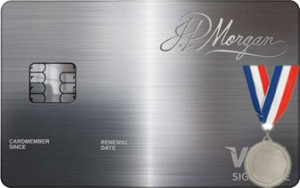 This card is relatively new to the game, introduced in 2011. It’s freaking made of palladium and 23k gold! Your name is laser etched into the card. This card costs over $1,000 just to make and already has the Centurion beat in terms of flashiness. If you wanted, you could smelt this card down to its precious materials and tell Chase you “lost” your card, haha.

To get one of these puppies, you need to have something like $25 million invested with JPMorgan. You apply through your private banker.

Neither this card nor the AMEX have a spending limit. But with the Palladium you can revolve balances. Put your new yacht on your Palladium and pay it off over a couple months. With the AMEX, you’d have to pay it off in full at the end of the month.

I’m not going to go into the nitty gritty comparison of benefits between this and the Bronze medaling Centurion. The benefits book that comes with the card is thick. The benefits are relatively similar. The AMEX seems to offer more benefits in quantity, but the perks of the Palladium (like free flight time on private jet services) are clearly tailored towards the even-wealthier.

Palladium is the new Black! 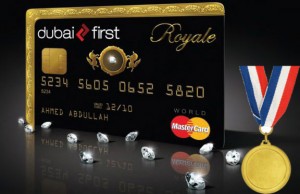 We should be playing the United Arab Emirates’ national anthem for this event. If you thought the Centurion or Palladium were exclusive, you haven’t seen the Dubai First Royale Mastercard.

This thing has a gold border and a diamond embedded in it. Compare the Centurion’s 100,000 cardholders to the Royale’s few hundred. Oh, and you also have to be in the UAE.

Who needs travel upgrades when you’re uber-wealthy and fly on your private jet? Am I right? This card has no restrictions, and it really focuses on service. As the chief executive of Dubai First put it, “You ask for the moon and we try and get it”.

There’s no annual fee (what’s the point of charging these billionaires $500 a year?) and cardholders are actively scouted out. You can’t apply for it.

The typical member is of royalty and/or an oil tycoon making 9/10 figures.

This card gives you two personal relationship managers who will make almost anything happen for you. Only 9 are made a day and its production involves 36 manufacturing processes.

Here’s the kicker, this card gives you _4% back on all purchases! _That’s unheard of in any credit card. The cash back rate on cards these days is around 2% (and even those are becoming a rarity). Super luxury cards don’t usually tout great reward rates and make up for it in great service – this one gives you a ton of money back and unreal service. If you spent a cool $1 million on this card, you could buy a brand new car just with the rewards.

The Takeaway: They’re Cool, But You Don’t Need These

These cards are ridiculous and over the top. You don’t need to make 10 figures to live a rich life. You can make an average salary, live within your means, and really enjoy the “rich life” once in a while. Managing your money well can help you get there.

If you’re looking a for a feature-filled card and travel often, then the AMEX Platinum is the card you should be looking at. The free upgrades, airport lounges, and concierge service can provide a benefit that exceeds the $495 annual fee. This post details many of the ways you can recoup the annual fee.

_The bottom line is that a no-fee card with good rewards is your day-to-day winner. _You build solid credit, get something extra out of what you were already going to spend, and it doesn’t cost you anything.

Did these cards have you fantasizing about the high life? What’s your dream credit card?

Credit Card Andy is a personal finance blog focused on teaching young 20-somethings how to manage money, maximize their wealth, and save for the future. I focus on making money really easy to understand so we can all focus on the bigger things in life.